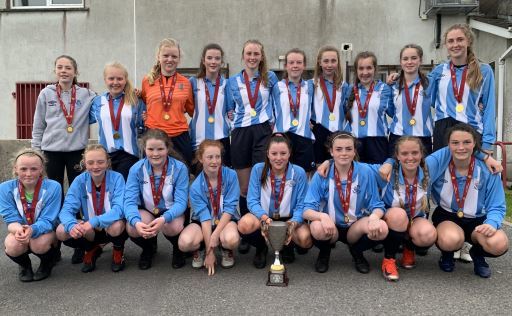 On a warm Thursday evening in Mervue, the Devon U16 Girls closed out the season winning the league in another competitive game with Mervue. All to play for the league was decided in the final game. Devon took the lead early after 4 mins Alex Shepard shot a long high ball in from the right to score. The first half remained competitive with chances either side.

The second half opened with pressure from Mervue and 7 mins in Mervue equalized. The Salthill girls recovered and finally 20 mins later the pressure resulted in a goal by Anna Costello, Aoibhin McDonnell delivered the corner into the threat zone and Anna hit the back of the net as the ball was not cleared. The following 13 mins saw the game with the Devon keeper Peggy Ford pulling off a great save from a free kick on the 18 yard line. Finally with 5 mins to go a break down the wing by Elisha Bohan resulted in a ball across the box to Hannah Glynn who obliged with goal number 3 for Salthill.

Behind the scenes Manager Mark Hengerer..now one of the most successful managers in Devon History for the Girls having won Two National Titles, 7 League Titles, 7 League Cups and 5 Connacht cups. 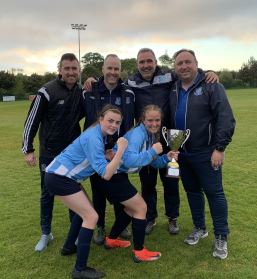 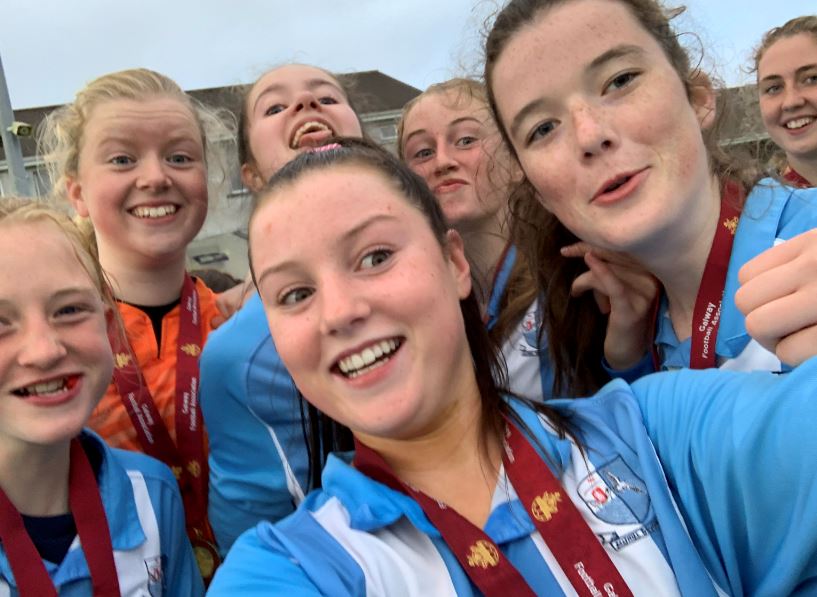