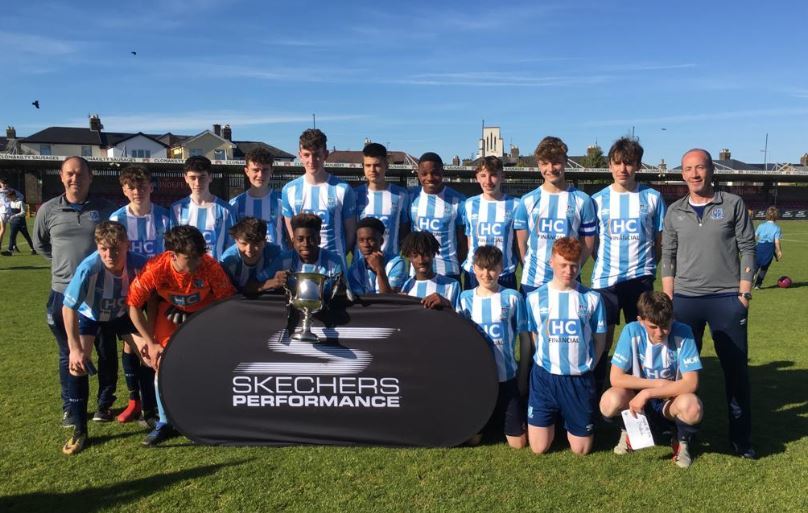 Salthill Devon U16s put years of hurt behind them when they won this season's Skechers FAI Cup at the weekend.

Having lost several previous finals, Salthill claimed this historic win when overcoming Midleton 3-1 at Turner's Cross. They triumphed with goals from James Busari, Aaron Dossen, and Man of the Match Sean Flaherty.

The final was tied at 1-1 at half-time, but Salthill took control after the break, and totally dominated the game to run out convincing winners.

Salthill manager John Jumbo Brennan had more reason than most to be overjoyed by the victory. He had played on the Salthill Devon u15s in 1984 who were pipped in extra time by Belvedere Boys. It was more than appropriate that some 35 years later the long wait ended for the popular former League of Ireland legend as manager of this victorious side.

It was a good weekend for the Salthill club with the U16 girls winning the regional cup against Mervue at Eamonn Deacy Park.