U14A squad back to winning ways in Oranmore 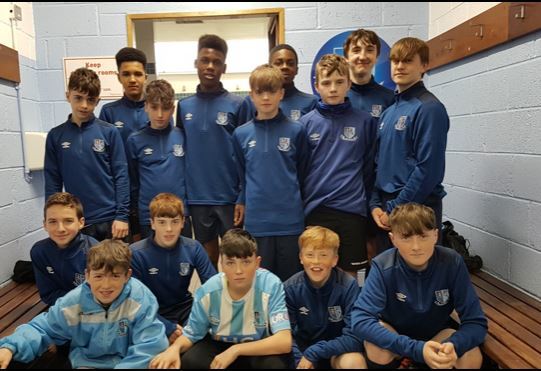 Published: about 1 year ago

On Sat 30th March the Devon lads travelled out to Oranmore for this 3pm KO. Right from the off the seagull boys were quickly on top and Oranmore found it difficult to cope with the physical spine throughout the Devon team. Within 5 minutes Caden Grant had the Devon lads one up, within ten minutes Piotrek Szymanski converted a well struck half volley and soon after Bright Broderick was taken down in the box for a penalty which he neatly tucked away. Just before half time Charlie Quinn took his goal well after nice enter play in the 18 yard box. In the second half the Devon lads emptied the bench making six changes. Despite a courageous fight back by Oranmore in the second half the game ended 4:0.

Man of the match for Devon was Caden Grant who was only playing his first game since going out injured back in late October. He had a fine game throughout the 70 minutes and also provided two goal assists. Other notable performers were Eric Diarra in first half, Dylan Darcy Devine and Robert Madden. Absent on the day were Charlie Cox, Darren Darcy sick and Jamie Greaney still recovering from injury.