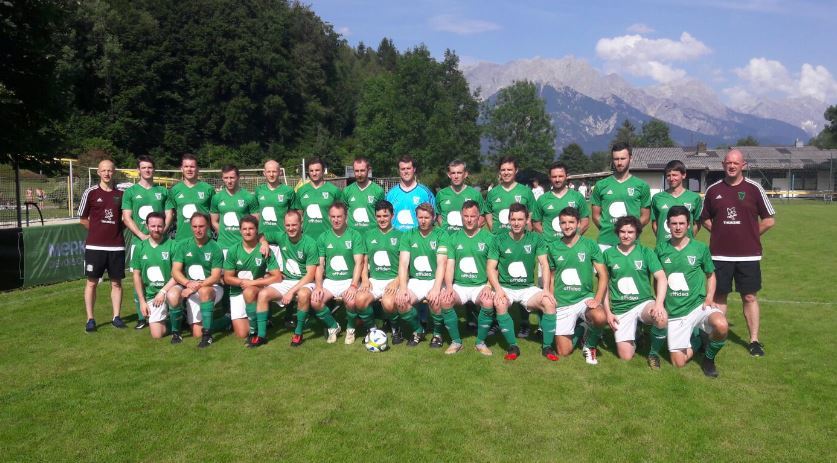 Published: over 2 years ago

Salthill Devon would like to congratulate former player Dr Eamonn O Shea of The Claddagh Medical Centre at the Crescent, Galway for his outstanding performances representing the Ireland team during the recent Medical Masters World Cup held in Austria. Centre forward Eamonn was the star performer for the Ireland team as he bagged 5 goals from 7 games. The Irish team were very competitive and lost just once, however, they had 5 draws which ensured they went home without silverware.

Another former Salthill Devon player, Ophthalmic Consultant, Dr Richard Comer, was also due to travel to Austria and line out with the National representative team, however, he was ruled out on the eve of departure due to a badly torn hamstring. Richie is still involved with Salthill Devon along with his sons, Harry, Conor and Max. Everyone at Salthill Devon would like to wish Richard a speedy recovery and would hope to see him back in the squad for next years’ tournament which takes place in the Czech Republic.